Skip to content
Time to Build My Own Team

Time to Build My Own Team

About a year and a half ago, we placed an Associate Director with one of our clients. He was told he would be given the opportunity to build his team, and when he did, he came to us with his 2 most important openings—a Sr. level position and a Manager position.

Between the two openings, we submitted about 55 people and he interviewed 10. One individual, however, stuck out from the rest of them. He knew that she was a cultural fit and he knew he liked her background, but he just wasn’t 100% sure of where she would fit in. He strategically deliberated over this one particular candidate. 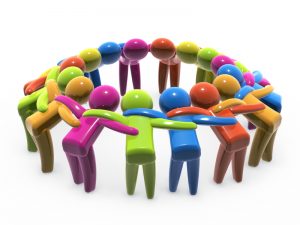 Fast forward 7 months—after careful consideration, he brought her on-site and she met with the team. Shortly after the interview, we received feedback that they wanted to bring her on-site again, but for the other opening.

Meanwhile, this candidate was under-employed and living paycheck-to-paycheck. She absolutely loved the culture that our client offered and because we were honest with her throughout the process, she trusted us. She could have withdrawn herself from the process throughout the 7 months, but she stuck it out and remained positive.

After they interviewed her on-site for a second time, the hiring manager decided he liked her, but wasn’t sure if he wanted to bring her on-board just yet, so he wanted some time to decide. We gave him the time he needed, and the candidate remained interested. About 3 weeks later he decided to hire her! She was thrilled and excited to start her new life in a different state, with a great company.

Now, fast-forward to present day. We spoke with the hiring manager about a month ago and he shared with us that she was one of the best people he ever hired.

There were a lot of things that could have gone wrong with this process but because we pride ourselves in being honest and straightforward with candidates and clients, we were able to keep the relationship going and keep interest levels high on both sides. Sometimes time can be the enemy, but if you’ve got a relationship with both sides, time can also be a recruiter’s best friend.