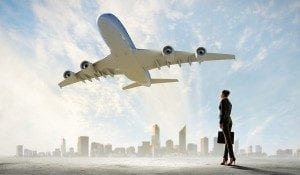 What do you love about what you do? It’s a question I hear flicker across our recruiting office. It’s a question I’ll ask my candidates, and even my clients. It’s more than just a question – it’s a glimpse into someone’s world.  And in the fast-paced world of recruiting, I’ve learned that the answer isn’t so easily given; rather, it is something to be discovered.

Reflecting on this question when I first started recruiting over three years ago, I thought I knew the answer. But like many of the candidates I speak with, my first answer to what I love about what I do only scratched the surface. I thought that my biggest driver in my job was the ability to grow personally and financially – motivated by goals to feel good about achieving. As important as this still is for me today, I’ve discovered there is much more to it than that. What I truly love about what I do is the opportunity to positively influence and impact other people’s lives.

I asked someone I was working with, a Regulatory Affairs Specialist, what she loves about her job, and she told me that she loves being part of a team that is like a family. Being in Regulatory Affairs, she understood that every piece of the puzzle was important to make sure the final product was approved successfully.

And although she initially led me to believe that things were working well with the company she was with, as we continued to talk, she opened about all the puzzle pieces not truly fitting perfectly.

As we delved deeper into the discussion, I discovered that she was having difficulty balancing her work life and her personal life.  Her husband was working on the east coast, while she was working on the west coast.  He was finding it increasingly difficult to travel back and forth, and she was almost single-handedly raising their children on her own.  This Regulatory Affairs Specialist was getting as little as 5 hours of sleep at night and waking up as early as 3:00 AM to drive her daughters over 40 minutes one-way to daycare. She was running low on steam. She was unhappy. But after many conversations and over half a year later, I can proudly say that I helped her through the process of accepting a position with a good company in same location as her husband. She now lives a much happier and balanced life with her family, which has also led to more success in her new workplace.

So, if you love your job, what is your real reason?